I have decided, against all odds, to stop being an immigrant. I admit this is a somewhat difficult task. After all, I was born in Jamaica but have been living in Scotland these past three years; I am a black man living in a largely white country and whenever I open my mouth what comes out is many miles away from a Glaswegian accent. How many miles can in fact be calculated precisely. The point is I look like an immigrant and I sound like an immigrant. But I have made my decision all the same.

I have been wondering about the words we use to describe those who engage in the act of migration. The words are not all equal, though in all fairness, words never are. (Incidentally, I remember a wonderfully titled chapter in a book trying to make this point about words. The chapter’s title was: ‘A Portly Pig is not A Fat Hog!’). No, the words describing people who migrate invoke very different things, and the processes of migration, I guess, can be quite different.

As a high school student in Jamaica we were given the history book ‘The People Who Came’. It went from Book One to Book Three. ‘The People Who Came’ was a nice catch-all phrase to acknowledge the fact that almost everyone in the Caribbean had migrated there, the original people having suffered an unfortunate allergy to small-pox and bullets.

And whether migration to the Caribbean was forced or bribed or voluntary, making these newcomers slaves or indentured workers or colonials respectively, begins to hint at the vastness of the problem – if you decide it is a problem – that there are so many words for ‘immigrants’.

In some countries like Australia and the USA, white people who left all that they knew and went bravely into the new frontiers have been nobly called ‘settlers’. This word has quite the opposite effect of unsettling me. I know it is supposed to suggest the act of establishing a settlement, the act of settling (as in to make a home) but it invokes for me too strongly this Conradian notion of a wild primitive landscape in some riotous uproar, untamed and waiting for the right people to come in and ‘settle’ things, to beat the landscape and its natives into submission. And it is not just me today who feels unsettled – it is all of history that was unsettled by the settling of settlers. And I know this is not something we can continue to work up too much righteous indignation about. This is the history that has borne us into today. We are the products of so many acts of settling and unsettling.

A word that has fallen into recent disuse is ‘emigrant’. It is hardly surprising the falling away of this word, for everyone who leaves one country for another is both immigrant and emigrant. Technically I would be a Jamaican Emigrant but a British Immigrant. Immigration speaks to the act of arriving while emigration speaks to the act of leaving. But those who complain usually complain about those who arrive rather than about those who leave. Governments don’t much care about the emigrants. They care about those who come, and the bad ways and things we bring with us. A friend at Glasgow, a biologist who works in tropical diseases, tells a wicked story of having been paid a courtesy visit from a member of the Royal Family. Upon hearing my friend’s area of research, HRM commented, ‘Oh isn’t it dreadful the diseases that are coming in since we opened up our borders?’

Yes, I might have responded wickedly, and the dead natives of the Caribbean who suffered that aforementioned allergy to both small pox and bullets, think very much the same thing.

My problem with the word ‘immigrant’ is probably me just having a bit of a huff, but we all need one of those every now and then. My problem is this – that all summer I have been appearing on panel after panel talking about being an immigrant writer. And I have accepted this. I have tried to speak to what this might mean – and I have spoken and spoken until I am no longer sure it means anything much. A few times I’ve even gotten visibly annoyed by the perpetual question, ‘Why Scotland, isn’t it so very different from Jamaica?’ – and now I want to say, No, goddamit, it really isn’t. Why do you insist that I should be culture-shocked by this move? Why do you think the world is still so small? Don’t you recognize that we now live in a world where it isn’t a peculiar thing to have one close friend that lives in New York, and another in Nairobi, and another in Rio de Janeiro, and another in Kent, and that we should meet occasionally in random cities, but mostly we would meet everyday in a whole new country called Facebook?

My problem with the word ‘immigrant’ is that it forces me into some overly-rehearsed and expected experience of exile (oh it is so very cold!), of shock and awe (oh look on the shiny cars and the tall buildings and how everything sparkles!), of freedom and possibility – possibilities which I supposedly could never have conceived of before. It expects from me both a sort of gratitude and a kind of anger as I rail against the vestiges of institutionalised racism – the failure of the host country to recognize the ways in which I help to culturally enrich this new landscape. And though this is admittedly a broad spectrum of positions to take, from praise to protest, it’s still a script which I am not sure I can always follow.

My problem with the word ‘immigrant’ is that I am only an immigrant because I am Jamaican and I am black. I watch shows on British television of Britons who want to move to ‘A Place in the Sun’ – to a small village in France, or Morocco, or even Jamaica. Their impulses are the same as the woman from Kingston or the man from Lagos who moves to the UK. No one migrates for a worse life. But when the British pack their bags and leave they become Expats, not Immigrants. What a thing! The same process. The same act. But different words. Immigrants are not equal to Expats. Immigration is a problem; expatriation isn’t. Immigrants are expected to always be grateful, but a little bit angry. Expats are allowed to just be – to simply enjoy this new country that they have chosen to live in, and which they might very well choose to leave. The expat is allowed to be a savvy, cosmopolitan person who simply lives somewhere else than the place in which they were born and they don’t have to appear on panel after panel angsting about it all. 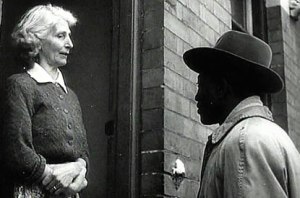