Last night I read at the LIPPFest – Leeds Independent Presses Poetry Festival. It was an independent festival put on by David T and David T (Thom and Tait) and the pair did an extraordinarily good job.

I arrived by train and as is usual with me for these kinds of events, I had neglected to check my email to see where exactly the festival was or in which hotel I was staying. I wandered out of the station and walked aimlessly for about 10 or 15 minutes. I had time to spare. I came across the Raddison hotel and decided to just go in and ask if they had a booking for me. They did, and so I checked in and then asked how to get to the festival. It was a couple minutes walk away.

The first strange response (though I struggle to articulate exactly what it was in response to) I received when I walked in to the venue. A very helpful woman was at the desk and she asked immediately if I had come for the festival. I told her I had. She scrutinized me for the smallest of moments and asked tentatively, ‘Are you a poet?’.

I told her yes, yes I was and she seemed pleased with herself, that she could have deduced such a thing just by looking.

So then she asked me, ‘Are you one of the competition winners?’

I gather now that the festival had run a local competition and those who had won prizes were invited to come in and read. When I arrived, this competition reading was about to start. No, I told her. I am not one of the local competition winners. And she seemed confused.

‘Oh!’ she said suddenly, ‘Are you supposed to be reading just now?’ There was  a reading already on its way when I arrived.

No, I told her, I’m reading later.

She studied me again, curiously. ‘So,’ she said slowly, as if I hadn’t quite heard the first time, ‘are you one of the competition winners?’

Again, I told her no.

‘So then you must be reading now!’

No, I told her. I’m reading later. And she seemed utterly flabberghasted and consulted her programme. I pointed to the last slot of the evening and said, ‘There. That’s when I’m reading.’ And she looked at me then, utterly perplexed, and as if seeing me for the first time. She said almost to herself, ‘Then that means you’re someone really important.’ And then, as if to explain and apologize for her confusion, ‘but you’re so beautiful.’

Of course, I had never taken any offence in the course of this whole interaction. Even in the woman’s confusion and her attempts to ‘place’ me in an appropriate box, there was actually something quite warm and genuinely kind in her demeanour. I had instinctively and immediately liked her in the abstract way that we like strangers. But if there had indeed been offence taken, I would have had to forgive it then – for how can you be offended by someone who thinks you’re too beautiful to be a poet – that those committed to the aesthetics of words cannot themselves look aesthetically pleasing.

This makes me think of my friend Matthew Hittinger , one of the most physically attractive men I know. He has that power to inspire envy in both men and women, and he has perhaps grown quite wary of all the ‘but you’re so beautiful’ kind of fawning he gets everywhere. Indeed, he complains that people often do not take him seriously as a poet because upon seeing him they think he would be better off being a model or an actor. Leave poetry for the ugly or the awkward looking, seems to be the rule of thumb.

But as I almost never get this ‘you’re too beautiful to be a poet’ response, I’ll take it whenever I do, blind though the person may be. So that was the first strange response.

The second came at the end of the night. I had given my reading with Amanda Dalton who I hadn’t heard of before, but is apparently a first-rate writing teacher. She read from a wonderful forthcoming collection about dogs and dog-people and the sounds that a dog might make which can, if we listen closely, sound like ‘home’. 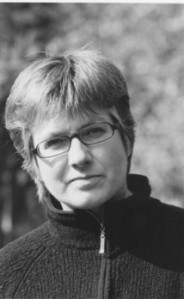 And also in this final reading of the night was the quietly funny Peter Sansom and the quietly classy Fiona Sampson, no relation of course but their surnames are so sonically similar that people have often believed them married. It is this pair in fact, Sansom and Sampson who it seems to me, genuinely belong to this perceived category of ‘really important’ people, at least in the world of British Poetry, and perhaps that I was reading with them made me, for those ninety minutes, borrow a bit of their importance.

So the reading went well and the response was warm and after people were kind enough to come up and tell me what, if anything, it had meant for them. And here it was  – the second strange response of the day.

This time it was an older man with a kind of Santa Clause belly, and Santa Clause smile. He tried and fumbled and then tried and fumbled again to explain why it was he liked the poems I had read, why they had surprised him. Even now, thinking about it, I deeply appreciate his attempt, willing as he was, to venture into the territory of the politically incorrect in order to arrive at some kind of truth he was grappling with.

And he lingered on this word ‘some’ which meant he really wanted to say ‘some black poets’ but of course he couldn’t say that.

His meaning was clear however and indeed he meant it to be clear.

‘Some poets,’ he continued ‘they do that whole ethnic thing, you know what I mean …. It’s just so…well…ethnic…but your poems, they didn’t do that. You know what I mean? I mean, I guess they were ethnic in their own way, and they made me want to….’ and he fumbled again and moved his body animatedly, and I wondered if the poems made him want to dance, but he never completed that particular thought. Instead he started a new one, ‘It just seems that you were writing about real people. Do you see what I mean? Normal people.’

And here is the unfortunate thing: no matter how noble the daring to venture into politically incorrect territories, you are always going to say something ‘wrong’. It is inevitable. This is why nothing ever good comes from the sentence that starts, ‘I’m not racist, but….’. And incidentally, that is one of the funniest if not the most shocking blogs you should read. ‘I’m not racist but’ simply trolls through facebook for status updates that begin with that always-false disclaimer.

So yes indeed – there was something quite ‘wrong’ in what this gentleman said, his idea of what ‘ethnic’ poetry might be. But I equally had the sense that he was right, and that I had been found out.

As crudely as he may have put it, and as sublimated as the attempt may have been on my own part, isn’t this exactly what I had been doing – trying to arrive at a poetics that takes much of its gestures from ‘black’ performances – from church sermons or from slam poetry, but that then tries to not exactly hide but to house these influences comfortably in a much more conservative, a much more restrained mode of poetry. Yes. He had found me out.

And laid out so plainly, I also felt (though this feeling only lasted the briefest second) a pang of guilt. As if I had betrayed all black people. For what this man was saying, in a way, was that yes, Kei your poetry is black – but not *so* black that it would make someone like me feel uncomfortable.

And then I had one of those useless moments of understanding – the kind of sudden knowledge you can’t really do anything with but feel sad. I was converted briefly to a distinctly post-colonial view of the world.  And this by itself was odd, for it has been my habit to stick my nose up at post-colonial criticism for its increasingly esoteric language which I have wanted nothing to do with. But last night, thinking about what this man was saying, I had a sense of  an orthodoxy that really ought to be challenged. For here is what he had put his finger on – the simple fact that ‘blackness’ is often performed, and indeed over-performed. For many are the black poets who mount the stage decked out in all of their black gear, with their poems on black topics written in black language and performed with black gestures and you have the sense after that what they are committed to is blackness so it is the only thing you can see – this ethnic thing, rather than ‘poetry’.

But here is what this man had NOT been able to put his finger on – that whiteness is performed just as much as blackness is. But you see, he called black performances ‘ethnic’ while white performances were simply ‘normal’. He was like a man who has grown up and lived in a single community, and is thus unable to hear his own accent or even to think of himself as having one. How he speaks is simply ‘normal’.

There are so many racial and cultural assumptions that underpin ideas of normalcy and ideas of the ‘universal’. Supposedly universal aesthetics have been formed and fortified in such a way that black performances will, for a very long time to come, be condemned to being at best, colourful, flamboyant, exotic, perhaps even ethnic, and at worst garish, crude, over-done, buttu-ish, ‘ghetto’. They will never be legitimized as ‘normal’.

And here is the sadness – that though I understand this, that these aesthetics have been formed within a particular cultural bias – they are still so much a part of me, I have internalized them. There is no point resisting. These are now my aesthetics. My idea of beauty is almost irrevocably colonized. I too have a limited idea of what is good and worthy in art, and what is overdone gimmickry.

The black artist, if he wants to be a ‘very important’ person in this world, eventually submits to white ideas. And don’t get me wrong — there really is an essential job that he does from the inside, in slowly expanding this idea of what is aesthetically pleasing, and convincing normal people that black people are ‘normal’ too – but he has to do it so subtly. It is as if he has to prove that he can write in a ‘normal’ way, about ‘normal’ people, and then make it just ‘ethnic’ enough.