That ‘America is the home of freedom’

or that Jamaica is ‘the most homophobic country in the world’

or that ‘white people are generally racist’

These are the kinds of statements to which most sensible people will roll their eyes. The problem of course is nuance – or rather the lack of it – the refusal to acknowledge complexity. Almost nothing sounds so reasonable, so fair-minded, so un-contestable, as this demand (often by the academic) for nuance. I demand it from my students all the time. In the marked-up essays that I hand back to them, the word screams from the margin, and each time with more exclamation marks behind so that by the end I am virtually hysteric, NUANCE!!!!!!!!

But nuance can become a dangerous thing. Sometimes nuance ought to be avoided.

In one of my last classes this semester at Glasgow, I taught Chinua Achebe’s collection of essays, Hopes and Impediments. It was a class of fairly bright postgraduate students. They were generally bright, and also they were generally white. Sometimes this situation worries me – teaching a book by a black writer who at times accuses a white audience. I fear that the ‘author versus reader’ dynamic will be transubstantiated into a ‘teacher versus class’ dynamic. I fear that the class might see me as completely complicit with the politics of the writer (in the case of Achebe’s essays, I was), and so I fear that honesty will be compromised – that the class might possibly feel less than free to share their misgivings, and that perhaps I might feel less than free to share my misgivings of their misgivings.

When it came to it, things were of course more nuanced than that. (Again, this word ‘nuance’). The class did not operate as a whole. They were divided, some more sympathetic to Achebe’s positions than others. (It is, however, generally true that the North Americans of the class were less sympathetic to Achebe’s politics than the British students – make of that what you will.)

For those who were not convinced by Achebe’s rants against a racist world, they accused him of lacking nuance. They said that he used too many generalizations and that though he did occasionally acknowledge that obviously not all white people were like this or like that, it was still not enough – he ought to have expanded on these points. 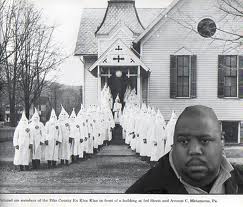 Now it seems to me a rather curious thing that if a black man walks into a room where (let’s just say…) ten white people are sitting, and one of these white people rises from a seat and screams the word ‘NIGGER’ at him, that some people will demand of this black man that in recounting this incident he acknowledge that 90% of the room did not in fact rise from their seats and call him ‘nigger’; that it was only a 10% minority that was being racist.

But you see — the man’s experience would obviously not be felt or divided by such statistics. It would be total and profound and experienced in a place beyond the kind of statistics that try to nuance away the horribleness and the stark specificity of what happened.

In the class, I veer away from Achebe’s text and decide to tell the class of some of my own experiences which I am almost sure will not be theirs. I decide to tell them how much I hate and fear having to ask for directions in the city centre of Glasgow. I have done it a few times and no matter how well-dressed I am, the response I get usually makes me feel humiliated. At best, the response is a wide-eyed nervousness while the person looks up and down the road for an escape – but at least this quietness allows me space to ask my unthreatening question for directions and then they usually relax. Most other times, however, I’m not allowed any space to speak. Sometimes I get the immediate response: ‘I’m sorry, I just don’t have time for this! I’m rushing!’ and then they will walk away – slowly, shaking their heads, not in a rush at all. An even worse response I get:  ‘I don’t have any money! Sorry!’

I hardly tell such stories because when I do it seems I have to become a contortionist of sorts – I have to twist the narrative in so many ways to acknowledge that yes, yes, yes – I know not everyone is like this, and yes, yes, yes, I know *you* would never do this yourself, and yes yes yes I know it is only a minority of very stupid people. After a time all the effort is not about relating my experience, but about trying to make my mostly white audience not feel accused. So I spare myself the effort, and I spare them the accusation, and I just don’t mention it at all. It is obviously a sad thing that many people cannot speak about their experiences honestly because the audience might be too defensive to hear them. 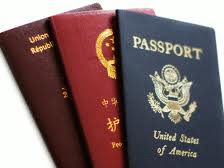 In all of this I feel I hold dual or even multiple citizenship – for I belong to both an oppressed race, and to a privileged class. It is hard to think of my life as it has been these last few years – so much of it lived on planes going to this country or that, and not think about the responsibility of my ‘privilege’. So I like to believe I understand something of both worlds, and here is a truth I now believe:  that whenever we belong to a privileged or oppressing class or race or group of any kind — and whenever such a group is accused of their oppressive behaviours — then they will begin to demand ‘nuance’ or else, the avoidance of ‘easy generalizations’. They will believe that this demand is fair-minded, academic, and rigorous. But it usually isn’t. It usually is an emotional demand. In such moments we are not seeking nuance at all; rather, we are seeking an absolution, a forgiveness, a way out, a clause offered that allows us not to belong to the category of wicked people being accused.

And I get it. When you are accused again and again and again of the same old, same old – you grow wary of it. You begin to roll your eyes and demand – for godsake! – another story, a different story. You begin to ask for some sort of nuance. But the thing is, depending on how great the oppression is, we really ought not to give or receive the relief of such nuance. When nuance becomes a way to sweep emotional and physical bruisings, maiming, unnecessary hostilities, beatings, tortures, suicides, murders, burnt houses, forced exiles, and the whole lot of it all under the carpet — when nuance is co-opted into the systemic denial of wrongs – then we really ought to say to ‘nuance’ thanks, but no thanks. 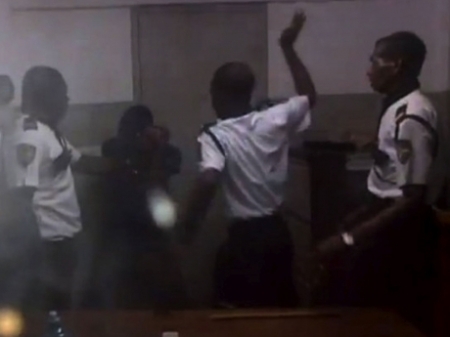 A year or so ago on an online forum, a Ms Manley who I’ve never met but who in every regard seems to be quite a sensible person, still managed to make an astoundingly stupid point. She suggested that if gay men in Jamaica were *really* being viciously beaten then all of them would have obviously died by now. In her curious logic, oppression and annihilation are the same things. If you had not been annihilated then you obviously hadn’t been seriously oppressed.

The lessons that women, black people, Jewish people (amongst so many other categories of oppressed people) have taught us throughout history somehow missed Ms Manley – the simple truth that oppression very often leads to creativity, to subterfuge, to marronage, to various strategies of masking and passing, and also to the most amazing narratives of survival. Under the weight of oppression many people have been broken, but many others have survived. Survival in no way excuses or negates the fact of oppression. As we say in Jamaica – ‘what don’t kill yu, mek yu stronger’ but that is no reason to glory in or to excuse the things that tried to kill us. Because of historic oppressions we have inherited all manner of beautiful things: recipes, rituals, songs, dances, art, language — but none of this excuses the original oppression.

Now Ms Manley was understandably annoyed by the picture the international media have decided to paint of Jamaica’s homophobia. The Ms Manleys of Jamaica have begun to roll their eyes in wariness and to demand nuance/complexity/another kind of story for godsake! Friends like Annie Paul have pointed to the phenomenon of Shebada in Jamaican Theatre, or to the obvious queer aesthetic in the supposedly hyper-masculine world of Jamaican dancehall. But it seems to me now that all of this is to be expected! Whatever is oppressed, whatever is submerged, will find ways to bubble up and over. If you have eyes intelligent enough to see it, you will see it. What you must not do however – the mistake you must not make – is to say that because of this bubbling over, things are not so bad after all, or that the oppression isn’t as much as people make it out to be.  What we must not do with ‘nuance’ (if we are responsible people) is to let it turn the dial down on things and issues that need to make as loud a sound as possible.

A month ago in Jamaica two boys from UTECH were set upon by a crowd of tertiary level students who had decided to teach them a lesson in ‘morality’. One boy managed to escape; the other to the security guards for protection. Unfortunately the security guards decided not to protect this boy but to teach him the same violent lesson in morality that the crowd outside were intent on.

Now it must be quite obvious that no one was acting sensibly. But can we admit that they were acting culturally? In the horrible moment of that beating everyone seemed to be united into thinking the action appropriate. What exactly has wired their brains to think this way? And you can bring all the nuance in the world to show that there are other stories (yes, there certainly are) or that you know other examples of people who weren’t beaten (yes, sure, not everyone is beaten; this is true), or that the man who sells you red peas in Coronation Market in downtown Jamaica is obviously both gay and popular in his community (yes, yes, he probably is). But nuance of this kind is ultimately dishonest, not because it isn’t true, but rather because it tries to suppress a much more urgent truth.

It was the same with some in my class. They wanted another truth – for Chinua Achebe to expand on the point of not all white people being racist. And if he had expanded on that, it most certainly would have been true. But not all truths are equal, and it is a sad thing when nuance is co-opted so that some of us might get away with only facing the less important ones.