In what I consider to be O’Neil Lawrence’s most provocative photograph – certainly the one that moved me enough to purchase it – a nude man is leading another into what could almost be the ruins of a Jamaican great house. The man doing the leading is black; his follower is white. Their hands are clasped in a gesture that moves the scene (uncomfortably for many, I would imagine) away from the erotic and towards the tender and romantic. What Lawrence gives us is a work that not only resonates with some of the harshest aspects of Jamaica’s history, but that also reworks it in astonishing and troubling ways. This unlikely couple is stepping forward, but into a burnt past.

From ‘Studies for Wonderland’ series. 2010

By his own admission, Lawrence is an artist whose work so far has been obsessed with the past – with histories both national and personal, his inspiration going as far back as slavery and as near as his relationship with his father (an artist as well, and a former Mr Jamaica body builder), and how the combination and intersection of these histories have led to his own relationship with his body. In short, Lawrence is an artist who is mining through issues of identity

For many, this will cause a rolling of the eyes. Identity – oh god not that again! It isn’t that issues of identity are not essential and a fruitful place from which art can emerge – but that in the Caribbean this too often ends up not as a mining at all, but a mere scratching of the surface, a rehashing of the most clichéd tropes of colonialism and blackness. But in a new wave of artists such as Olivia McGilchirst, Ebony Patterson and O’Neil Lawrence, we remember that identity can be complex, contradictory, troubling, textured and difficult. 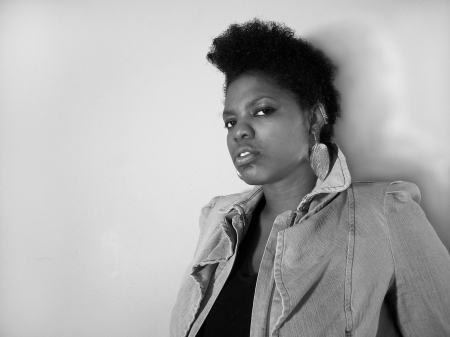 Of course, rather than the big categories of ‘history’ and ‘identity’, the obsession that viewers will see immediately and starkly (pun intended) in Lawrence’s work is, as said, the male body. In Jamaica, the work creates a kind of cultural unease for while we are very used to the male gaze behind a camera (just watch Hype TV and RETV) – the so called ‘video light’ (reeeeeyyyy) and its obsession with an overly sexualized female form, we are not so used to that gaze turning its attention on another male body or on itself.

Talking about obsession with female forms, maybe you have seen and are just as confused as I am by recent images coming out of Jamaica’s dancehall in which women are showed, splayed out, with something very hard and industrial pressed down on and covering their faces. In one picture I have seen a concrete block on a woman’s face, and in the other a tyre rim. As if that wasn’t bad enough, in both picture’s a man’s foot is pressing down on the block or the tire. I would have even put up a picture for those who haven’t seen it, but the images really are disturbing and distracting from the point of the present blog. The point is, even in these pictures, the male as source of oppression, is not the centre of the image. The woman is an object being acted on – by foot, by block, by tyre-rim, and by the camera-man’s gaze. The male is present in the photograph in every way (as viewpoint and as metaphor) except as a fully fleshed form.  You see, the male gaze would prefer to skirt over other men. It certainly does not linger, denude, or eroticize the male form.

Yet Lawrence’s work has been doing exactly this. The language that has attended his exhibitions is usually skilfully tailored to make itself palatable to what has traditionally been a homophobic society. Thus he is interrogating ‘masculinities’ rather than ‘sexualities’. Both are true, and either way – what an incredible and uncomfortable interrogation it is to suggest moments of tenderness on that plantation, moments of love even; or small moments when power might not have worked itself out in quite the way we like to imagine it always worked; or – as the building is burnt, suggesting a post-plantation (if not yet Postcolonial) world – perhaps Lawrence is saying that there are things in the ruins of the past that we still need to retrieve; or maybe Lawrence is forcing us to look at the amazing contrast of this composition – how  one man’s skin is almost camouflaged and therefore becomes synonymous with the ruins.

Toni Morrison insists that whoever said the past is over, is wrong. The past is not only still present and happening, but it is still being invented and shaped.  And perhaps what O’Neil is trying to tell us is that the only way to deal with the past is not to retreat or turn back into it – for that would be a kind of regression – but rather to do as his two men are doing – and step forward into it.