As we sat on a terrace in Port-of-Spain, my Trinidadian friend Nicholas Laughlin rubbished the cliché that apples and oranges can’t be compared. ‘I compare apples and oranges all the time!’ He said. ‘I go to the supermarket, and I think – the apples looking good this week. They looking better than the oranges. Or visa versa.’ And I agreed with him. People are often too quick to explain why things can’t be compared. 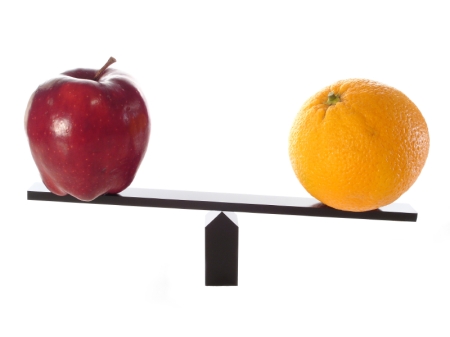 Still, there is one comparison that is always a dangerous one to make, that is usually lazy and often ruins the credibility of the person who has made it. For it is said we must never compare anything to Hitler. Godwin’s Law states:  “As an online discussion grows longer, the probability of a comparison involving Nazis or Hitler approaches 1.”  Mike Godwin has explained about his tongue in cheek Law,  ‘its purpose has always been rhetorical and pedagogical: I wanted folks who glibly compared someone else to Hitler or to Nazis to think a bit harder about the Holocaust.’

Well, I broke Godwin’s law this week. Or rather, as it’s framed not as a legislative law but as a scientific law, I should say – I fulfilled or proved it. When CVM sports commentator Rohan Daley dampened the moment of post World Cup celebrations with his shouts of ‘Heil Hitler’ on national television, the backlash was swift and justified. Still, it amazed me that Jamaicans were upset with a bigotry that belonged to a far-away place, and a far-away time, even as we live comfortably in a period of bigotry that is right here, and right now. We raise our voices to protest a past which we can’t change even while we embrace and celebrate that which is before our eyes – that which we can change. Maybe to compare the two things is to compare apples and oranges. But Nicholas Laughlin is right: apples and oranges CAN be compared! In fact, sometimes they should be.

Here is my short letter that appeared in the Thursday edition of the Gleaner:

Much noise has been made about CVM sports commentator Rohan Daley’s recent on-air gaffe. His attempt at humour missed the mark and his giddy shouts of ‘Heil, Hitler!’ came across as not just juvenile, but a crass display of ignorance and insensitivity. Allen Fernando is correct when he writes to you that Daley’s antics hark “back to a bigoted period of history” and to “Hitler’s monumental crime against humanity”. We will remember, of course, that Hitler’s crime sprung from a belief in national exceptionalism and a subsequent move to wipe out whatever and whoever did not adhere to his limited idea. Black people, Jews and homosexuals were among those rounded up, held in concentration camps, and millions were killed.

It is still quite harrowing to look at pictures from that dark period – not only the gaunt faces of those held in concentration camps, but the pictures of thousands of Nazi soldiers marching for their bigotry.

In a sense, Mr Editor, the pictures bear some resemblance to what happened in Jamaica just a few weeks ago when thousands of Christian soldiers converged on Half-Way Tree, for this, too, was a display of fervent nationalism and one that affirmed its unflinching intolerance of difference. I wonder if those who marched would be pleased to know that they share with Hitler a strident opposition to LGBT rights.

Let me see if I understand, so based on what you wrote, the opinions expressed by Jamaica CAUSE equals that of what Hitler thought (and eventually acted out on)?

No not exactly. The point of any comparison is never to make things equal. A thing is only equal to itself. In a comparison, there are always important and even major points of divergence, but then there are always illuminating moments of convergence as well. My point really is in the last sentence – that it is interesting a widespread reaction against the historical REMINDER of bigotry, when there are other contemporary expressions of bigotry being tolerated and even celebrated.

But many people are concerned by another comparison I seem to be making – and let me not be disingenuous – one which I AM in fact making. So let me briefly acknowledge the ways in which apples are not like oranges, and also the ways that they are (they’re both fruits for godsake!); the ways Jamaica CAUSE is nothing like Nazism, and the ways in which it is; let me acknowledge those important points of divergence, and maybe some of those illuminating points of convergence.

For those who don’t know, Jamaica CAUSE is a recently formed group. CAUSE is an acronym for Churches Action Uniting Society for Emancipation (CAUSE). Yes I know – it is a rather strained and tortured construction, a barely grammatical flinging together of words so that they might spell out something clever. In its own words, CAUSE ‘sets to urge Jamaicans to stand up for a strong and healthy family structure, for justice and righteousness in the nation, and to stand up against the repeal of the buggery law and against the homosexual agenda.’

1. Unlike the Nazis, CAUSE is not a political party. Yet, at the recent rally in Half Way Tree, Jamaica CAUSE insisted on flexing its political muscles. CAUSE issued this call – that all Jamaican Christians should get enumerated to vote.  The threat being issued is that any political party who dares to reconsider or amend the buggery laws will feel the wrath of the church – the true extent of their power and influence. (It is amazing that even with this rhetoric the church claims they are being bullied by the POWERFUL gay lobby.)

2. Nazism depended on a fervent nationalism. CAUSE doesn’t. Wait….wait…. but actually, it does! Fervent nationalism has ALWAYS been a dangerous foundation to build anything on. I got into huge trouble a year or so ago when I expressed discomfort with the reactions of Jamaicans to Tessanne Chin competing in The Voice. She was talented beyond measure, but support of her soon turned to Jamaicans seeing conspiracy theories in those blasted Americans who only wanted to keep us down. We began voting long before she had performed and whether we liked her performance or not. We were responding to the powerful force of nationalism.  Jamaican Churches know there is power in this and have continually sought to define LGBT rights as being a foreign thing that must be resisted on the grounds that it is not Jamaican. In this, they are lying, but the church is not above perpetuating an untruth if what they get from it is unbridled power.

3. Nazism helped to create and then existed in a time of a war. Jamaica today is not in a time of war. But then again, Christian rhetoric would insist that it is. A march is always a show of force and pageantry. The march from UWI to halfway tree was a march of Christian soldiers out showing their force. More than that, they were marching to proclaim their firm disapproval of difference. Christians insist that they battle not against flesh and blood but against spiritual forces and wickedness in high places. Christians are now donning the full armour of God. The warfare analogy is not mine; it is the church’s.

4. The period of Nazism led to the displacement of millions Jews who were often kicked out of their houses and made homeless. Often they had to migrate in fear for their lives. That this isn’t the case amongst Jamaican homosexuals is only on the level of scale. The forced homelessness of several gay Jamaican boys was only recently featured in a heartbreaking BBC documentary. These boys have been forced to live in the gullies of New Kingston’s. A telling moment in the documentary is when passers-by insist on hurling stones and abuse at these ‘disgusting’ gully-dwellers. When they cannot take it any longer, the boys react and throw things back at their tormentors. The police are called in. The reporter asks the police what happened? And the police say that these gay gully-dwellers have been starting trouble. But, they didn’t start anything! They were only reacting to what had happened to them, the reporter clarifies. No, says they police, they started it!  The reporter is confused, But we have it here on video. It is taped. I can show you!  The police ignores this. No, that is not what I saw. The police remains firm in his distorted version of events. That’s the thing with discrimination when it is institutionalized. We simply cannot see the other side of things. And when we have church leaders — CAUSE marchers — such as Bishop Wellesley Blair in this article proudly supporting the flogging of homosexuals in Half-Way-Tree, then the church can hardly claim that they do not play an important and deliberate role in creating the dangerous environment in which many gay Jamaicans live and ultimately have to flee.

I return to the clarification demanded of me from my friend on Facebook:

Let me see if I understand, so based on what you wrote, the opinions expressed by Jamaica CAUSE equals that of what Hitler thought (and eventually acted out on)?

7 thoughts on “Apples versus Oranges; Hitler versus Jamaica CAUSE”