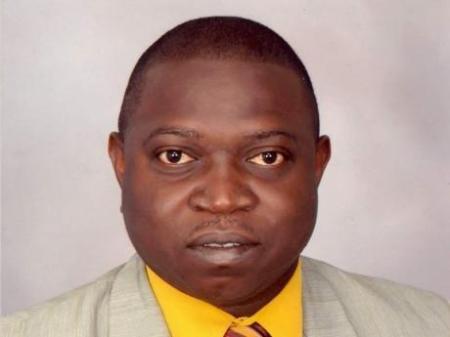 Norman Allen, the chipmunk-cheeked President-Elect of the Jamaica Teachers’ Association has come out in defense of the islands’ guidance counsellors. To be specific, he is insisting on what kinds of additional training they have no need for, even suggesting that if they were to receive this additional training (to learn how to counsel LGBT students) it could land them in jail!

Gentle people, we cannot mince words here. Allen might be leading the Teachers’ Association, but his comments have sent him to the far back of the class, wearing one of those big conical dunce hats.

His comments are an embarrassment to himself and the organization that he leads – but more on that later. Still, in thinking about the profession – Guidance Counselling in Jamaica – Allen has led me to remember the strange fact that titles this blog – that my mother too was in fact a Guidance Counsellor.

Why had I forgotten this? Truth is, it was not a significant part of her career though it was the last job she ever held. It was before the terrible complications of illness and renal failure came along; before she had to give up work altogether in her fifties; before she ultimately passed away. Guidance Counselling was her last job, thought it would make for a strange epitaph: Vivette Miller (1946 – 2009), Mother and Guidance Counsellor. May her soul rest in peace.

My mother was a Guidance Counsellor! To write it now seems an almost preposterous thing. Most of her working life she had been a civil servant – an accountant and then an auditor working at one government ministry or another. Without a university degree she had settled somewhere in the low-end of middle-management. Maybe this frustrated her. Promotions that were occasionally available but which she wasn’t able to rise into them. When I was in high school she decided at last to go back to school herself. She came out of UWI with a bachelors degree in Public Administration and found a job that suited this newly minted qualification.

She was now the Administrative Manager for a big political organization, but this only lasted a few years. A restructuring exercise left her unemployed again, and it was at this juncture that somehow, some way, my mother became Guidance Counsellor at a High School in Kingston.

She had not retrained for this sudden career switch. She had not done a course in teaching or in counselling. Neither had she ever been the kind of woman known for dispensing particularly good advice. I think of her now as a good mother – both firm and funny – but she had never been that kind of mother to whom a child could confidently confide all, a mother to whom one could run to with all manner of problems. It was just not in her nature nor in her training to listen actively, and kindly, and patiently.  But somehow she ended up as a guidance counsellor and I suppose this kind of thing is true for all manner of professions across Jamaica: Early Childhood educators, Guidance Counsellors, Ministers of Government, Ministers of Religion. People find themselves in lines of work that they were not fully trained to do.

This is neither a surprising nor a shameful position to be in. Jobs today are increasingly complex. I bet most of us, from time to time, have found ourselves either needing to be trained all over, or to have our training updated. Education never stops. It continues throughout our lives, and this is why the recent utterances of Norman Allen have been so profoundly disappointing. In his dogged insistence that Guidance Counsellors ought not to deal with LGBT students nor even be trained to do so, he (as soon-to-be head of Jamaica’s most powerful union for educators) is adopting a position that is fundamentally Anti-Education. When all is stripped away, Allen reveals himself to be little more than a feeble-minded homophobe.

Now let us give the Minister of Education, Ronnie Thwaites, his due – for while he too has revealed himself, at least in some of our minds’, to be something of a homophobe, he is never a feeble-minded one. His positions come through reason, even if it is not a kind of reason that will ever satisfy the more progressively minded amongst us.

It was with massive public approval, that Thwaites intervened and censored course material that was designed to help students and teachers acknowledge LGBT families and lives. Apparently such material was not just telling kids that gay people existed, but was teaching them how to be gay as well. His credentials as a man committed to preserving Jamaica’s conservative values have been attested again and again, and so few of us see his advocacy for Guidance Counsellors to be trained to deal with LGBT students as any sort of victory towards LGBT rights. Instead, we imagine that Guidance Counsellors will be trained to deal with LGBT students in much the way that they deal with any supposed truancy – listening with some sort of compassion but ultimately guiding and counselling troubled children away from their destructive habits, encouraging them back on to the straight and narrow, so to speak.

It may not be a victory for LGBT rights but it most certainly is progress of a sort. At last we might be actively teaching our teachers not to shun students who are facing real problems. At last we might be teaching our teaching staff how to listen respectfully and kindly. Minister Thwaites is well aware that LGBT students are often anxious, depressed, and even suicidal. Many times they are bullied, or else they become bullies. LGBT students need people in their corner, but Norman Allen seems to see them as biblical lepers. He would rather not touch them with a ten foot pole. Allen’s attitude reveals the seriousness of the discrimination that faces LGBT people when he would even scorn the suggestions of a Minister who is in no way advocating for broad or even minor LGBT rights, but simply trying to create an environment where every child who needs to be heard can be heard without the noise of discrimination. 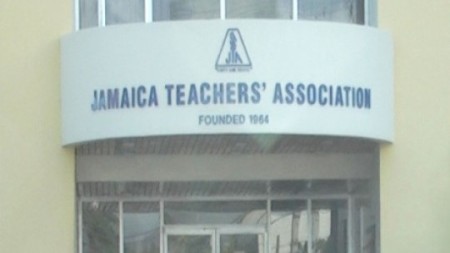 Norman Allen’s logic is fascinatingly stupid. He seems to think that to even be open to talk and counsel such students is to validate their wayward lives, or, as some homophobes like to put it, their ‘lifestyles’. To acknowledge and to listen to any confusion children might be having would be tantamount to encouraging them further in their wicked, evil and ultimately ‘illegal’ ways. Allen argues that Guidance Counsellor cannot counsel LGBT students because buggery is in fact illegal. This reduction of LGBT issues to the single act of buggery is mind boggling. What then of lesbians where buggery is no  issue at all? What then of the several, several boys who aren’t actually sexually active, but overly conscious of their perceived effeminacy and tired of the way that they are being picked on? What then of any underage child who might be having any kind of sex, since both straight and gay sex for that age group is illegal? Are any of these children allowed to confide in Guidance Counsellors without worrying (as Allen suggests) that they will be reported to a relevant government agency?

Taking Allen’s comments only a short step further to its logical conclusion, we must conclude that Jamaican Guidance Counsellors ought not to counsel students who are caught stealing, for this might further encourage them to steal. Neither should Jamaican Guidance Counsellors counsel students who are caught fighting, for this might inadvertently encourage further acts of aggression.

And Allen isn’t only worried about the students but about his Guidance Counsellors as well. If they are not careful they might be legally implicated and arrested for encouraging these acts: robbery, violence, or (worst of all) buggery.

Yes, my mother was a Guidance Counsellor and I do not know how that ever came to be. Maybe she simply looked the part.

Though she had lived in Kingston for years and years, she still carried something of her rural upbringing about her – she the daughter of a preacherman and local government councillor. She was a always solid woman, quite sensible, and she had that curious combination of sternness and softness that seems a part and parcel of Christian woman-ness in the Caribbean. But she was not trained, and it worries me the thought of those high school children who might have come to her with problems she simply wasn’t equipped to deal with.

But I would like to believe that if illness had not cut short her new career, that she would have been open to training. After all, she went to UWI as a mature student. Respect due must go out to organizations like JFLAG that have in fact been conducting outreach and workshops for teachers and counsellors, and respect due as well to the large number of Jamaican teachers who have never seen it as appropriate to shun any kind of student. It’s a pity that Norman Allen is speaking on behalf of so many educators who don’t share his values – that he as an educator, does not want to see Jamaica’s Guidance Counsellors further educated.

One thought on “My Mother Was A Guidance Counsellor”