So a week has gone, and maybe – just maybe – tempers have calmed. There are more important things to worry about than Etana’s lapse into silliness, not least of all a coming hurricane. And after all that brouhaha, all the rage, all the brugalungdung – it is time now to forgive the woman. For all the good she has done and sung, we owe her that.

Maybe this comes more easily to me.  At the end of the day, Etana is my artist. British people who come to my flat for dinner or just to lime no longer bother asking ‘who is that?’ to the R&B/Folk-Rock inflected reggae playing in the background, this song that sounds like the secret child of Tracy Chapman and Buju Banton, this voice that sounds as clear and pure as the truth it is singing. These days, they answer their own questions – ‘Oh of course, it’s that girl Etana – the one you like so much.’ 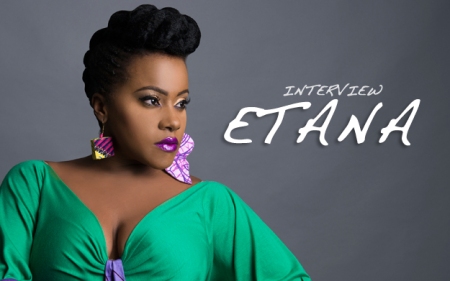 Add to this the fact that on their birth certificates Etana and my sister share a name (Shauna), or the fact that Etana is from August Town and has written and sung about that community – songs that became a sort of soundtrack for me – then you  understand why my affection runs deep. Of course it is true that disappointment always runs to the exact same depth as affection, and like many Jamaicans, watching Etana being interviewed by Anthony Miller and shovelling her way deeper and deeper into a pit, my disappointment was unspeakable. In fact, I had even given her a new name in my head. She was no longer Etana – The Strong One. She had become, Etana – The Wrong and Strong One.

But a week has gone by, and it is true that we must allow our artists the grace to be human – to fall, to falter, and to occasionally get it fantastically wrong. Etana did all of this in her now infamous interview, but has also taken the time since to listen, to backtrack, and to apologize. Now the ball is in our court. It is time to forgive – but it’s important that we forgive her for the right things, because not everything she said in that interview was worthy of censor. Some of the charges laid against Etana have felt – forgive the pun – a little bit trumped up. 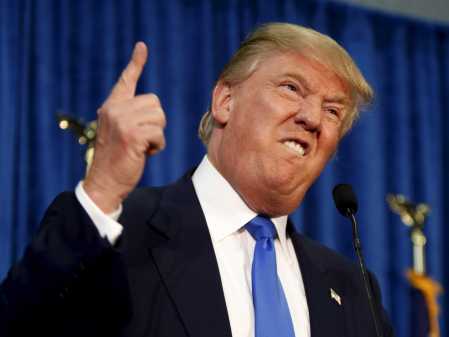 Etana’s support of Donald Trump is many things – confusing, mind-boggling, frightening – but it is not a sin that requires any repentance from her or any forgiveness from us. Most of us have no real say in the upcoming American elections but at some level we have to respect the democratic process. Many people – indeed many black people – seem to support this orange-haired buffoon, and hard as it is, we have to be able to hear what it is they stand for and what is in his message that they support rather than  shouting them down and shaming them into silence. I have so many friends who are people of colour, and Republican, and I imagine this must be an especially difficult time for them to be who they are and to say what they feel.

Still and all — Etana’s publicist clearly knew that her Trumpian inclination would send shock waves across the island. It was he (the publicist, not Anthony Miller!) who suggested it as a talking point in the interview. He anticipated the shockwaves, but not the backlash. And indeed it was shocking – that Etana who for many of us epitomizes more than just feminism but  a sort of ‘womanism’ and also black pride, should throw her support behind a man who epitomizes misogyny and racism. Her flippant comment that she likes that Donald Trump simply says it like it is was, at best, uninformed. We know that Donald Trump says things as he sees them, not necessarily as they are. Still – much of this is confusing and scary, but none of it is a sin.

Another contingent of people seem to feel that Etana was too negative when she spoke about Jamaica and the day to day conditions that many face. She noted the unacceptably long time that it takes for our emergency services to respond to a crisis (why bother dialing 911 when you know they might not turn up?) and also how hard it is for people on minimum wage to survive.

Now, if people genuinely have a problem with Etana saying any of this, then these are not well-thinking people. These are the kinds of people who expect from our public figures only blind patriotism and shallow jingoism rather than thoughtful commentary. But Etana has always been a ‘conscious’ artiste, and we must think about what that word means. What exactly is she conscious of? What is she awake and alert to? If we expect Etana to be the ‘conscious’ artiste that we love – one who sings against the various injustices in our society, then we must expect her to see all these things clearly, almost brutally, and to sing out/speak out about such things.

Indeed, Etana’s observations in her interview are consistent with all her lyrics. Consider just a few lines from Free:

Food scare so me juggle everywhere,

Pon the youth’s  them face, I see the pain..Aaaaah

That Etana pointed out some of the harsher aspects of life in Jamaica was no sin, and rather than warranting any forgiveness from us, it should warrant our thanks for pointing out the truth.

In my mind, Etana’s committed one big sin in her interview, and that was to turn her back on a message she had once preached so powerfully. She had become – perhaps unwittingly – a hypocrite.

For consider one of the songs that catapulted her into fame from her first album: Wrong Address.

In this song, a woman from a Jamaican inner-city finds trouble landing a job. This is a woman who has clearly done well in school – graduated at the top of her class. In the minds of her potential employers, however, something shines even brighter (and more dangerously) than all her good grades and accomplishments. They cannot get beyond her address. The woman falls victim to profile – to class profiling – and interview after interview she is sent packing. She is boxed into a stereotype and cannot escape it. People think she is dangerous. The chorus of the song is the brutal words of these potential employers:

We don’t want no trouble

We don’t want no trouble no way

Cause lady where you come from

People die there every day

So for our safety that’s where you should stay.

What Etana suffered from in that interview was an amazing case of Cognitive Dissonance, for as she spoke about the experience taking a flight she could not see how the words of the employer that she once sang against and suddenly become her own words. She was now the one in the privileged position, financially secure, but judging and feeling threatened by people based on a stereotype – based on a box she had put them in and from which they could not escape. These are her words:

‘You’re in your house and you have to take a flight tomorrow, right? And you’re looking around (and don’t tell me that you don’t do this) cause if you’re in America or anywhere flying to anywhere, you’re going to look around at everybody fi see if you see anybody weh fit the stereotype of a terrorist, and you’re going to fret or you’re going consider not taking that flight.’

If that wasn’t a deep enough pit for her to bury herself in, she digs it even deeper when she explains:

‘these people they come into the country, they get jobs, they go to school, they raise families and all these kinds of things, then one day them just turn round and strike.’

For all of this, she could have simply said:

We don’t want no trouble

We don’t want no trouble no way

Cause bredren where you come from

People die there every day

So for our safety that’s where you should stay.

Etana who was once against profiling, had now found herself in a privileged enough position where she could support it. This was her great sin. Still, we should forgive her, even as we understand how these things happens. It is all too for us to extend sympathy and understanding to people who look like us. For Etana, she could see herself in a black women from an inner-city in Jamaica, but maybe not in a Muslim man who is a simple passenger on a place. It is so much harder for any of us to see how processes of injustice affect people who don’t look like us – Christians empathising with Muslims, women empathizing with men, straight people empathising with gay people, and the list goes on and one and one. Sometimes it is especially hard to see how we often become unwitting participants in all of the classism and racism and every other ism that in our heart of hearts we stand against.