I got into a bit of an online kerfuffle some weeks ago after a friend posted this simple meme, soliciting responses presumably from a Jamaican audience who would be familiar with the two dishes. 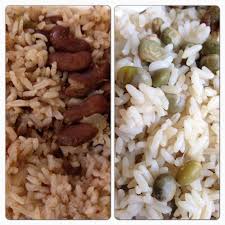 My own choice was rice and gungo peas. But then, I like everything with gungo peas – gungo peas soup, and even stew peas made with gungo rather than red peas. Maybe I inherited that love from my grandmother whose first question, whenever I landed back in Jamaica for Christmas was – ‘So when you going to make the gungo peas soup?’ She was not the kind of woman who needed me to take down anything  ‘foreign’ other than my two hands, and my supposed skill in the kitchen. The first morning of my Christmas holidays in Jamaica always involved a trip to the market where I would get the salted pigs’ tail, the coconut milk, the thyme, the scotch bonnet pepper and whatever else I planned to throw into that pot of soup. 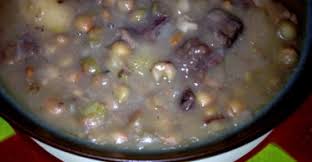 I think it annoyed the two of us that gungo peas soup and rice and gungo peas were Christmas dishes – that because of the seasonal nature of the main ingredient, we couldn’t have it right through the year unlike the ubiquitous red peas. And maybe that is another reason gungo peas will always be my choice, for it has this sense of occasion and family and Christmas attached to it.

Anyhow, the kerfuffle started when another participant in the conversation saw it fit to correct us, pointing out that it was actually beans and not peas. Such pedantry always annoys me – the correction seeming hardly useful but only a thinly veiled attempt to signal the pedant’s own superior intelligence. I said as much. I asked the pedant if they would be similarly diligent in correcting a non-Jamaican that strawberries, raspberries and blackberries aren’t in fact berries. Oranges, however, are berries – as are bananas. For that matter, would the pedant make it a point of order to correct everyone from ever using the word ‘banana tree’ since there is no such thing. The stem of the plant having no wood fibre makes it an herb rather than a tree. And would the pedant have us find new words for Otahetie apples, star apples, rose apples, custard apples and even pineapples since these aren’t apples. 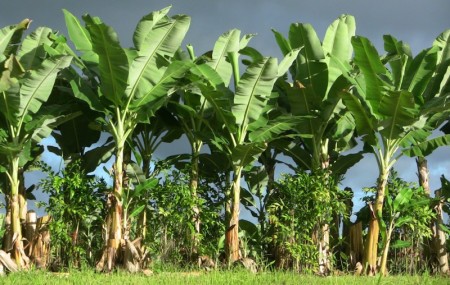 Such pedantry is not so much interested in making a useful or helpful intervention as it is in posturing as superior, more sophisticated, and altogether less backward. Such pedantry, whenever it raises its vain and supercilious head, ought to be shot down. 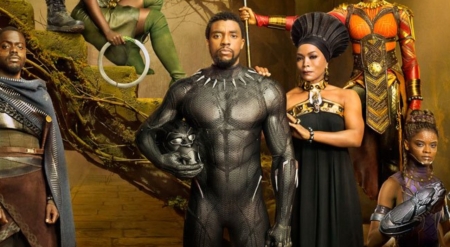 The recent release of Black Panther has been nothing short of phenomenal. The blockbuster movie, proudly rooted in a pan-African aesthetic has seemed to evoke a Pan-African response, and now we are inundated with the most vibrant of pictures – viewers turning up to screenings in African-inspired clothes – dashikis, kente dresses, shirts made out of Mali mud-cloth. The film release has been much more than a blockbuster event, but really a cultural event. 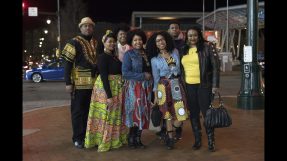 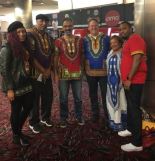 Still, the sudden parade of African-inspired fashion has not been without its critics, and once again that old monster of Pedantry – specifically Black Pedantry – raises its ugly head.

This little article on Blavity.com, ‘Before You Consider Wearing African Garb To See ‘Black Panther’, Do Your Research‘, waving a reprimanding finger at Diasporic Africans, has been making the rounds. Black people are encouraged to not simply wear African designs for mere aesthetic pleasure, but to do research and find out what the various prints might actually mean and on what occasions they might be appropriate. We are sternly warned that wearing the wrong thing might inadvertently cause offense.

The response by continental Africans to this article has been an almost universal ‘Errrr??? What is she even talking about? Does she want us to exotify ourselves?’ The article is so invested in a fossilized view of culture, on traditional meanings, that it utterly fails to acknowledge how these fabrics and prints are used by contemporary Africans in today’s world. For instance, while the popular bogolan (or mudcloth) from Mali was TRADITIONALLY worn by hunters as a sort of ritual protection, and by women who had just undergone genital mutilation, it is NOW seen as a marker of cultural identity which is exactly how it is being worn by those going to the premiere of Black Panther, as a way to identify with a culture that they have been forcefully separated from. 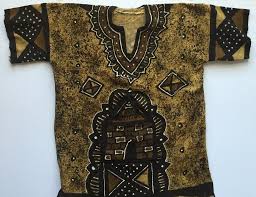 In her 1966 essay, ‘Against Interpretation’, Susan Sontag worries over this modern need to always interpret – to always add meaning to things that do not require ‘meaning’, as if in doing so we are increasing the value of the object, as if the only way to appreciate a thing is if that thing ‘means’ in an overly semiotic way. Sontag’s concern is art, but her concerns apply as much to fashion especially in this moment. Early in the essay she writes, ‘None of us can ever retrieve that innocence before all theory when art knew no need to justify itself, when one did not ask of a work of art what it said because one knew (or thought one knew) what it did.’   And much later she comes to her conclusion, ‘Our task is not to find the maximum amount of content in a work of art, much less to squeeze more content out of the work than is already there. Our task is to cut back content so that we can see the thing at all. The aim of all commentary on art now should be to make works of art-and, by analogy, our own experience-more, rather than less, real to us. The function of criticism should be to show how it is what it is, even that it is what it is, rather than to show what it means.’

And this is the first reason why the Blavity article, in all its pedantry, is ultimately useless – because it insists on outdated meanings as if that is the only way to appreciate African material culture, as if these stunningly beautiful pieces of fabric do not earn their place in the world simply by being, by their use of colour and pattern, by their vibrancy, by their craftsmanship – but in addition to all of that, it must MEAN! 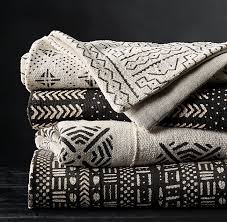 But there is something not only useless, but ultimately repugnant in this sort of Black Pedantry, and it is the way it continues that brutal colonizing work of making black people suspicious of, tentative, and even scared of embracing African artefacts and material culture.

I think about what it meant to grow up in Jamaica – a predominantly black country, but also a predominantly Christian country, and the necessary tensions that will always be alive when these two things are true, for what is ‘Christian’ is almost always deeply suspicious of what is ‘African’.  I think about those moments growing up when I was fascinated by, even drawn to something that might be considered ‘ethnic’, and how some well-meaning person would always ask me: but do you even know what that means?

You see, anything that was African always held some hidden, potent, spiritual meaning and so one was always cautioned – one had to be careful not to unwittingly invite demons into one’s house or even into one’s person. European symbols were fine of course. You could plaster your wall with hearts to symbolize love, and a piece of abstract art that didn’t seem to conjure up anything unduly ethnic was fine to put on your wall. No one thought such symbols attracted spirits, good or bad. African symbols on the other hand always had some meaning that was potentially dangerous. We were discouraged from enjoying the simple aesthetics of it, which is in fact how the great majority of African people use and interact with this rich material culture and which the Blavity article wilfully fails to acknowledge. Such Pedantry appoints itself as some arbiter of meaning, and it does the job, once again, of disenfranchising black people from African artefacts, or at least tries to make them weary of it. 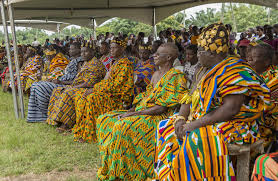 I think I will try to be polite whenever I come face to face with this Black Pedantic response to Black Panther, but my friend Odessa Chambers (whose sister stars in the movie) might have had the far more eloquent and reasonable response so far – commenting on the Blavity article, she wrote:  “I have one comment for the writer of this article! Get a fucking life & let black ppl live and enjoy. Scrise!”